Lincolnshire members of the Royal College of Nursing went to London to be part of the “March for the Alternatives” on 26th of March 2011.  The day began with us all assembling at the County Hospital ready to leave at 0630 hours.  Having made pick ups in Long Eaton and Leicester we finally arrived in Central London at 1230 hours and joined the march at Embankment.  The overall mood was one of  a festival with music, drums, dancing and chanting.  Everyone was good natured with nurses, teachers, firemen, ambulance staff and social workers all marching together, along with people from none public sector causes.  All with one aim to have the cuts in public spending stopped and the rich, foreign companies and banks pay what they owe.   Forward movement was slow, in part due to the numbers, at this point estimated at 250,000 and in part because of the carnival atmosphere.  However by 1430 we were only just passing Downing Street and it was clear firstly we would not get to Hyde Park in time for the speeches and secondly news was coming through that the 200 hundred or so mindless vandals and hooligans were starting their attack which was going to stop us reaching Hyde Park via the main route.  Sadly their puerile behaviour would go on all night and become the focus of the media coverage.    So some quick thinking and we detoured via Horseguards Parade, St. James Park, Pall Mall and Green Park arriving at Hyde Park around 1600, in time to see the end.  So with our pick up at Albert Hall at 1700 we were forced to head off almost immediately.  Finally we were picked up at 1800 and set off back to Lincolnshire via M40?!?  Arriving home around 2315.   A long day but worth while to be part of the “March for the Alternatives”, along with a later estimate of half a million other people from a broad church within the country and almost 1% of the population of Great Britain. 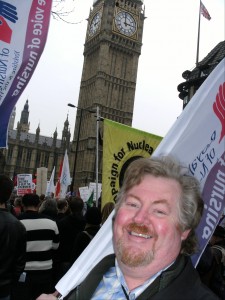 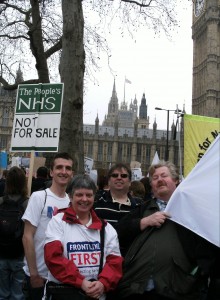