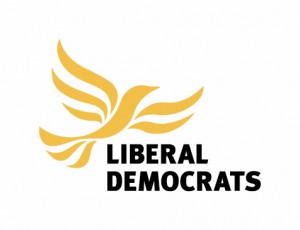 Lincolnshire Liberal Democrats have published the five main elements to their manifesto for the 2013 County elections.   This is a manifesto that is based on fairness for all.  It supports people to build a stronger society whilst targeting resources to enable people to live their lives without being enslaved by poverty, ignorance or conformity.   Our five goals are set out below along with the names and contact details of the person or people who are leading on each element.

The Liberal Democrats exist to build and safeguard a fair, free and open society, in which we seek to balance the fundamental values of liberty, equality and community.

The idea of a unitary authority, which undertakes the roles of County and District Councils first emerged following the Report into Local Government by a committee led by Lord Redcliffe Maude in 1969. The report, which had originally been commissioned by the Labour Government, was left to the Conservative Government which came to power in 1970 to implement. Whilst establishing the blueprint for local government which largely exists to this day, the basic recommendations of Redcliffe Maude were ignored and the Metropolitan Counties that were established were largely abolished by the late 1980s.

The idea was further revisited by the Banham Commission of 1992 and again in 2007, when a significant number of County Councils and their Districts were abolished in favour of Unitary Authorities, most notably in areas such as, Wales and, in England, Cornwall, Wiltshire, Shropshire and Northumberland, to name just four. In these areas Town and Parish Councils continued to operate. In addition, cities such as Leicester, Durham and Nottingham became Unitary Authorities in their own right.  The majority of areas in England remain so called ‘Two Tier’ areas (‘three tier’ if you also include their Town and Parish Councils).

The case for change

Local Government is under attack. The Leader of Birmingham Council was quoted recently as saying that local government as we know it will disappear in the next few years unless it receives greater investment. The Local Government Association (LGA) recently published a report which reckoned that local authorities could be in the red to the tune of over £19 BILLION by 2020 unless something is done. Many District Councils up and down the country are facing bankruptcy and are already exploring ways of collaboration. Yet again central government has postponed the day of reckoning for many authorities by offering another bribe in the form of another Council Tax Freeze Grant. Recently, Lord Heseltine, in his review of the regions, has come out strongly in favour of unitary authorities at the expense of District and County Councils.  Unitary authorities appear to be better equipped to weather the financial tsunami that is engulfing us. The current three tier system still operating in many parts of this country is a system we can no longer afford.

Why change the system in Lincolnshire?

Is it really value for money to have eight Chief Executives and Chief Financial Directors (10 if we include the two Lincolnshire unitary Councils) , for example, or to have one authority responsible for Planning and another for Highways, or one authority responsible for Social Care and another for social housing? Is it right to have well over half of our county councillors also sitting on District Councils, when conflicts of interest could easily occur? A switch to unitary authorities would in the long run save a great deal of money and alleviate much of the confusion in the public’s mind as to which council does what. Even the Lincolnshire County Council Leader, Cllr Martin Hill, seemed to be in favour of a change, or at least he was at Christmas 2011 when he advocated turning the present Lincolnshire County Council into a single massive unitary authority – an idea he rapidly withdrew because of the flak, one presumes, he got from the mainly Tory District Council leaders.

See Appendix 2 for case studies of the cost savings achieved where Unitary Authorities have been introduced elsewhere.

What about the Town and Parish Councils?

They would remain and their role could be enhanced. Towns such as Grantham and Spalding could join the other major towns in Lincolnshire with having a democratically elected Town Council as well. With the Power of Competence bestowed on them they could take over more responsibility from any unitary authority. Town/cities like Lincoln and Boston could retain many of their current responsibilities through the same process.

A Solution for Lincolnshire

We feel that our county would benefit from a change in structure. There are various permutations, ranging from an option to turn the whole of Lincolnshire into one massive Unitary Authority, which we would resist, to options which would envisage the creation of up to four Unitary Authorities as well as a radical proposal to link the two Unitary Authorities south of the River Humber with the rest of Lincolnshire to create unitary governance from the Humber to the Wash. There will, of course, be some initial costs, as it may be necessary to contemplate some redundancies. These could be offset by the sale of certain assets. In any case, if examples elsewhere are anything to go by, the monies released would more than compensate.

A Motion to the Lincolnshire County Council supporting the ‘Unitary’ approach in December 2012 failed to gain support. However, that should not be the end of the story.  Our citizens need to be made aware that there could be a better way to run local government and central government needs to take note of this fact if we are to avoid even more massive cuts in these difficult financial time.

The Liberal Democrats have made a major contribution  to education policy since 2010.  As part of the Coalition Agreement, the school budget has been ring fenced and the Pupil Premium is now in place, targeting some £2 billion per annum towards disadvantaged pupils.

Liberal Democrats believe that education is the key to meaningful employment, social mobility and personal fulfilment. Investment in education is an investment in the future of our country – at the moment Britain, like many countries in Europe, is falling behind many developing countries such as China, South Korea, Singapore and Malaysia. Our schools have improved in the last few years, but we are still not producing the degree and range of skills that a modern global economy needs.  A modern democracy can only function with an informed and educated electorate.

Liberal Democrats believe in a society that is fair, free and balances the fundamental values of liberty, equality and community, in which no one shall be enslaved by poverty, ignorance or conformity.  Good social care is at the very heart of this philosophy.

A Lincolnshire Liberal Democrat Council will support organizations, be they charitable, social enterprise or private sector, which develop social programmes enabling people to live their lives to the maximum.

We recognise the needs of those in society fall into four groups.

1)     Those who only require signposting to appropriate services

2)     Those with funding but lacking the social skills

3)     Those with social skills but lacking the necessary funding

4)     Those unable to function in society without high levels of support.

1)  For those who have the social skills and are able to fund their activities we would sign post them to services to meet any needs they present.  Such services would come from a range of providers.

2)  For those who have the funding but lack the social skills they require to maintain their chosen lifestyle Liberal Democrats would develop:

i.      youth services to enable children and teenagers to gain social skills in a safe environment.

ii.      programmes to enable adults to support youth services on a voluntary basis.  Both i) & ii) could be part funded by receipts from finds seized from criminal activity

iii.      educational services enabling them to benefit from the Pupil Premium, funds would be channelled to schools requiring support

iv.      adult education in the form of evening classes and community events making use of school facilities outside school hours

v.      services to enable people to gain the additional skills they require to address quality of life issues as a family

vi.      self help groups for those who are or feel vulnerable enabling them to support each other using both modern and traditional means, including safety nets for people who become ill or have long term illnesses

3)     For those who have the social skills but lack funding we would assist them to access the funds they require.  We would support:

i)        local charities to access funding whether from national organisations like Children in Need, National Lottery and Red Nose Day, to local organisations, for example Rotary or Lions.

iii)    training programmes to enable people to gain the skills they require to allow them to find employment.

4)     For those unable to function in society without high levels of support.  Liberal Democrats recognise the need for services from 24 hour care to regular interventions to maintain quality of life.  We would provide access to:

i)        24 hour care where it is deemed the most appropriate way of supporting a person, such care may be residential or in the person’s own home

ii)      day care facilities funded by a variety of means, including personal budgets

iv)    regular carers to support, monitor and assist people in staying in their own homes

Additionally we will ensure carers are provided with support and breaks. We will maximise the use of telehealth, telecare and other simple technologies to help people live in their own home.

Only the Liberal Democrats have a vision where all people will be freed from poverty, ignorance and conformity.  To achieve this we will empower people to make changes to their lives and not rely on the “state” to live their life for them.

Lincolnshire is ideally placed to benefit from the green technologies required to combat climate change but it is vulnerable to the higher sea levels which increasing ocean temperatures will cause.

We encourage measures to reduce energy consumption and will lead by establishing the highest possible standards of insulation and energy efficiency in all LCC buildings. We welcome the increasing availability of LED light bulbs that are more efficient than existing low energy bulbs and produce no toxic waste.

We encourage small scale clean energy projects undertaken by individuals or communities and wind farm developments on appropriate sites. We will ensure that communities affected by any major project will also benefit in some tangible way, such as by developer funded investment in community facilities, local infrastructure, such as roads and communications, or reductions in fuel or tax bills.

We welcome the development of the Humber as a centre for wind technology and a potential centre for wave and tidal technologies. We will provide appropriate education and training for those wishing to enter this new industry and will support local businesses which can supply it with goods and services.

The Liberal Democrats have made a major contribution to transport policy since 2010 with more investment in public transport than any previous government. However Lincolnshire’s Draft Ten Year Transport Plan (the final plan is due for publication sometime in April) takes little notice of the coalition government’s improvements. The draft plan also fails to adequately address the transport needs of the county’s growth points, notably Grantham, Gainsborough and Boston.

Liberal Democrats believe that good transport is the key to economic development and social mobility. Investment in transport infrastructure is an investment in the arteries of Britain’s economy – at the moment Britain, like many countries in Europe, is falling behind many developing countries such as China, South Korea, Singapore and Ecuador.