A quiet drink in the Tempest where I met some of the locals.  We discussed economy, no surprise there, wages and NHS and cuts.  On the economy we talked about how taxation is skewed in favour of the super rich.  We discussed the Liberal Democrats policy of making the first £10,000 of your income tax free.  I pointed out that this would be paid for by closing tax loopholes and mansion tax.  Next came the topic that had been raised following the publishing of the Incomes Data Services report on Chief Executives salary.  One young man thought I was on £150,000 a year and I explained my salary was not a third of that as a nurse, in fact it was less than £40,000.  His father a retired nurse pointed out that was the truth and Robert said he was grateful to hear a politician speaking the truth.  I have long said; it is now part of Liberal Democrat ethos that all staff in the NHS should get an annual rise of the same financial amount.  So that if the figure was £500 this year, a nurse would see their salary rise by around 2.5% and a Chief Executive by about 0.33%. 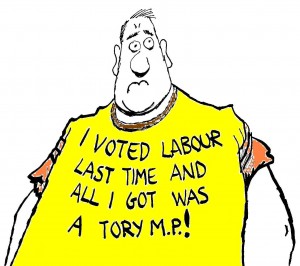 As I explained in the Tempest this is a much fairer system, because the loaf of bread in the shop cost about £1 whether you are a nurse or the Chief Executive.  Next we moved on to the cuts and I explained that whichever party forms the next government there will be cuts.  Asked where I would make cuts I pointed out that I would start with the Strategic Health Authorities explaining that it was unlikely this would lead to job losses in Sleaford and North Hykeham but it would result in a major saving in the NHS.  The locals agreed with me that the cuts had to be where it would not affect local services.