We all are facing rising prices – food, fuel, communications – in our basic daily needs.  Added to this are unaffordable mortgages and escalating debts and we are in real financial trouble. Labour under Gordon Brown as Chancellor and leader has through complacency let house prices crash, inflation rise along with unemployment and they presided over falling growth.  Not since the Conservative recession of the 1990s has the outlook for the UK economy looked so bleak.  The Conservatives want to look after their pals in big business but will not be there for the working man/woman, the small business man/woman or the vulnerable in society.

It is time for a change!

The Liberal Democrats have set out a clear vision for the future.  A vision that will empower people so that they can live better lives, so the country can get out of debt, so we can all enjoy the services that make Britain the country others look to for social ideology.

To do this we will close the tax loop holes abused by the super rich and large companies.  We will ensure that those at the lower end of the pay scale benefit first, with NO income tax on the first £10,000 of your income.  This will give many people an extra £700 a year.  We will get wasteful government spending under control.  We will effectively regulate the banking system to prevent irresponsible lending and business practices.

We all know that there are going to be cuts in spending and that jobs will be a risk, but the Liberal Democrats will ensure that front line staff are not lost, because it would be the most vulnerable in society who would suffer most and that is wrong.

All the pundits agree that of the three men vying to be the next Chancellor only one foretold of the crisis, only one has offered a workable solution and only one has the financial credibility to achieve the goal of sorting out the financial crisis Britain is in today – Vince Cable.

I have said it before, as have many others “If you want Vince Cable to sort out the financial crisis you have to vote Liberal Democrat.” 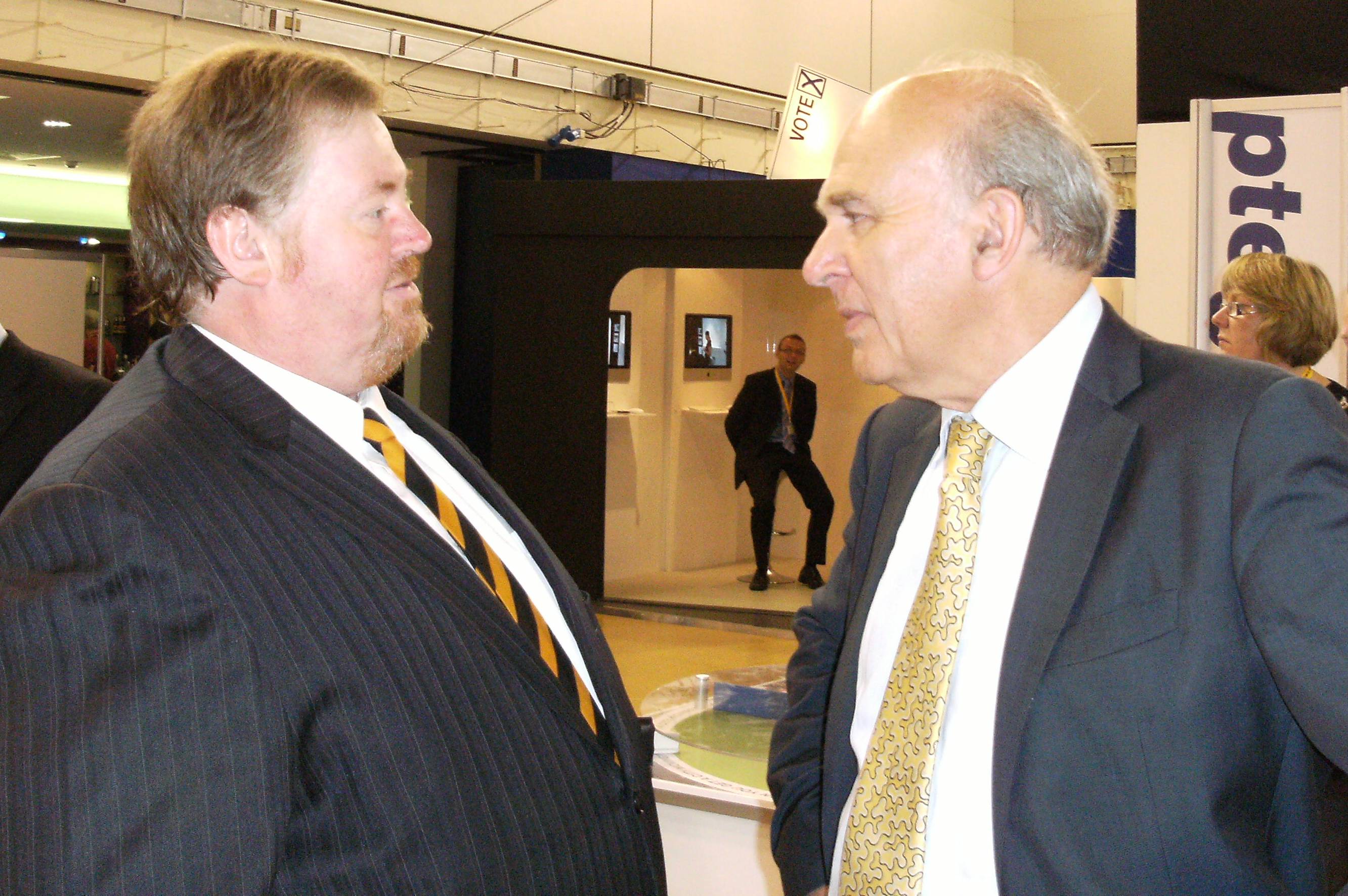 For the last 65 years British Politics has bounced between Labour supported by the unions and Conservatives supported by the upper class.  Both of these party’s supporters have vested interest in politics and neither of those sets of interests look after the hard working man or woman.  The local person with a mortgage, 2.4 children and ever rising utility bills.

The Liberal Democrats were born in the 1980s to look after this very family.  Our history goes way back to the time of the formation of the Liberals in 1859.  Though some suggest it goes even further back to the time of John Locke in the 1600s.   In June 1859 Whigs, Peelites and Radicals met to form a new Party “The Liberals”.   122 years later, in March 1981, a gang of four Labour MPs broke away from the tired old Labour Party to for the SDP.   Just over five years later the SDP and Liberals gave birth to the Liberal Democrats.

Historically the Liberal Democrats have always been the local Party, the people’s Party, the reforming Party.  130 years earlier Gladstone, known for his prudent financial innovation – not unlike Vince Cable – started the redistribution of income and established Parliamentary accountability for government spending.  Liberal Democrats reformist values of liberalism and social democracy are what the country needs now.